The Fair Housing Council is here for you!

The Fair Housing Council is here to ensure that all who seek housing have an equal opportunity to rent, purchase, finance or insure the property they choose. Fair housing is the law of the land. Fair housing means that you may freely choose a place of residence without regard to your race, religion, color, sex, national origin or because you are disabled or have children in your family. It is your right to be treated in an equal and non-discriminatory manner.

The Fair Housing Council is a private, nonprofit organization which has effectively served Northern New Jersey since 1959. The Fair Housing Council is one of the oldest and most respected fair housing organizations in the United States. It is the only enforcement agency in the state of New Jersey. The council’s officers and Board of Trustees are composed of business and community leaders, clergy, representatives of local organizations, attorneys and everyone interested in making fair housing a reality for all people. 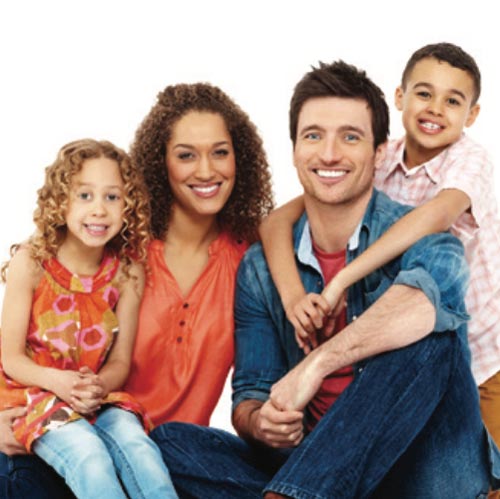 The council has successfully handled thousands of complaints along with 800 new clients per year and 3,000 ongoing cases annually. If you suspect that housing discrimination has occurred, contact the Fair Housing Council immediately. The Fair Housing Council works closely with government agencies at all levels and with private attorneys to ensure that fair housing laws are vigorously enforced.

Our primary service area is Northern New Jersey but the impact of our programs is felt throughout the state and across the nation.

From victim to victor: Mrs. Lee Porter is affectionately known as the “Mother of Fair Housing”. In 1965, Lee Porter and her husband were initially denied housing in Bergen County, prompting her to volunteer for the Fair Housing Council of Bergen County. Lee moved up the ranks to eventually hold the executive directorship in 1971, a position she still holds to this day. The Fair Housing Council has about 4,000 clients, and also helps the homeless. Lee Porter has been the recipient of The Record’s Community Service Award, a tribute to her lifelong dedication to ending discrimination in housing and combating racism. “Lee is feisty, hard-working, and determined to give everyone–regardless of race, sex, handicap, or religion–the opportunity to find the housing they choose and can afford,” said Phyllis Kronick, a former vice president of the Fair Housing Council.

Recent housing discrimination surveys conducted found that minorities that tried to obtain housing were discriminated against 75 percent of the time. In Bergen County, the majority of the blacks are in Teaneck, Hackensack, and Englewood. Mrs. Porter believes that housing is the most important thing in a person’s life. It determines his or her status, what schools their children go to, and their quality of life.

Mrs. Porter was born in Brooklyn, one of four children. Her family and faith instilled in her the importance of helping others. Lee Porter became involved in civil rights at age 14, when she joined the Catholic Interracial Council in New York. While raising her children, the bespectacled, soft-spoken mother of three dedicated herself to helping others through scores of organizations, including the Girl Scouts, the League of Women Voters, and the National Association for the Advancement of Colored People.

Today, her office is lined with awards from these organizations, including the New Jersey Division on Civil Rights, the National Coalition of 100 Black Women, and the National Fair Housing Alliance for her efforts in promoting fair housing nationally. One of her greatest accomplishments is having played a role in establishing the council’s extensive network of resources and contacts. According to Mrs. Porter, through hard work, The Fair Housing Council was able to escape from a dingy storefront office staffed by volunteers–with no funding–and expand to where it is today, with a hope that we can keep helping others in need of our services.